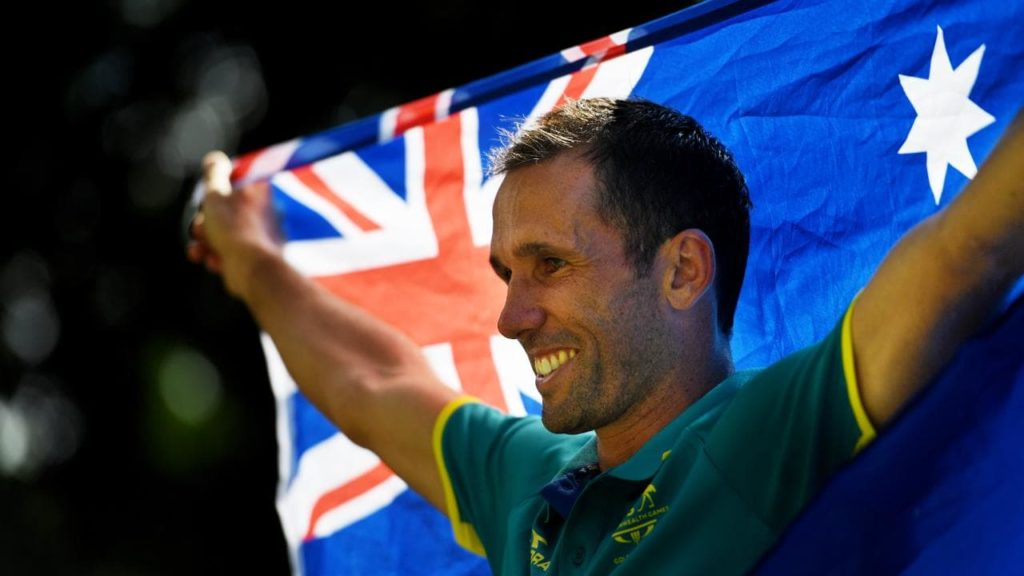 Mark Knowles, Captain of the Australian Field Hockey Team, The Kookaburras, bore the Australian National Flag at the opening ceremony to the 2018 Commonwealth Games at Carrara Stadium, Gold Coast.  It was a spectacular opening to the Games, with a crowd of 35,000, including Prince Charles and Camilla, Duchess of Cornwall.

Mark Knowles, 34 years old, was also the Flag Bearer at the closing ceremony of the 2014 Commonwealth Games in Glasgow. He has been captain of The Kookaburras since 2014. He has a proud record of winning medals for Australia, including Gold at the 2004 Olympics in Athens, and the World Cup in 2014 at The Hague. (Photograph sources AAP)