The Australian National Flag and Red Ensign, the flag of the Merchant Navy, flown together on top of the Sydney Harbour Bridge on 3rd September, 2019, National Flag Day. This picture was taken at about 8:30 am from Mary Booth Lookout, Kirribilli. Happy 118th birthday to both flags! For the compilation of Flag Day Messages, […]

From the Governor General, David Hurley AC DSC (Retd) The Australian Flag is an enduring national symbol. Its elements are representative of our ties to Britain, the unity of our states and territories, and our geographical location. We sing our national anthem under the Australian Flag. Our Defence forces parade it both home and abroad. […]

As we approach Flag Day on 3rd September, it’s good to reflect on the meaning and significance of the Australian National Flag, as well as the day itself, and to provide some fundamental facts and tips to help us celebrate the day. I hope you find this information useful. Flag Day Messages Please refer to […]

Empire Day was introduced in Australia in 1905. Eventually, in 1958, it became Commonwealth Day. Empire Day was celebrated on May 24th, the birthday of Queen Victoria (1819 – 1901). Empire Day presents some complexity to flag history. In review of the various photographs showing Empire Day celebration, some show the Union Jack as the […]

Our Australian National Flag should be flown in good condition only as it is the chief national symbol of Australia by law, custom and tradition. The Commonwealth Government has an informative free booklet, AUSTRALIAN FLAGS which is a comprehensive guide to flag etiquette, protocol, history and heritage. Contact your local federal Member of Parliament or […]

On the 100th anniversary of the end of World War I, here are some photographs, taken in October 2014, from the major battle grounds on the Western Front where Australians fought under the Alliance, and where many died: Menin Gate, Ypres, Belgium Pozières, Somme, France Villers-Bretonneux, Somme, France 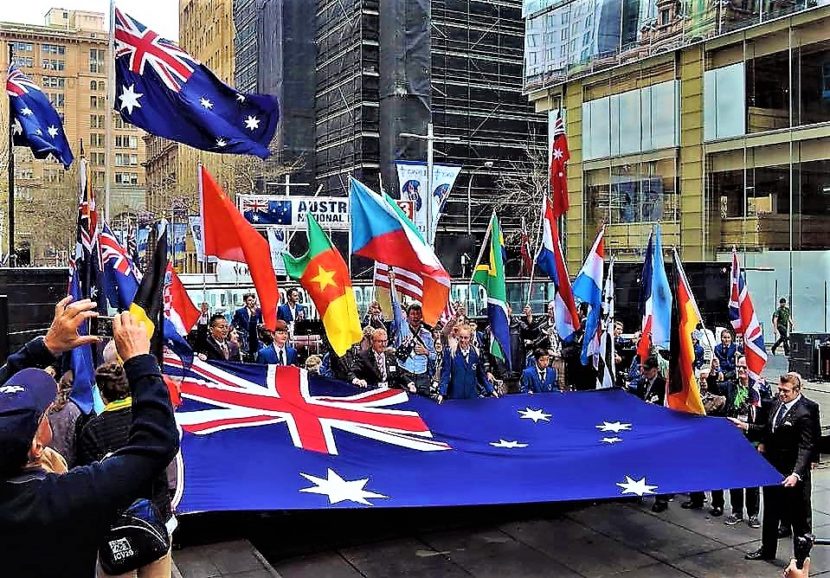 Flag Day messages from our national, state and local leaders:   From the Governor-General of the Commonwealth of Australia, Sir Peter Cosgrove AK MC (Retd): The Australian flag is a powerful symbol of our nation, of who we are and who we aspire to be. It is under the Australian flag that we sing our […]